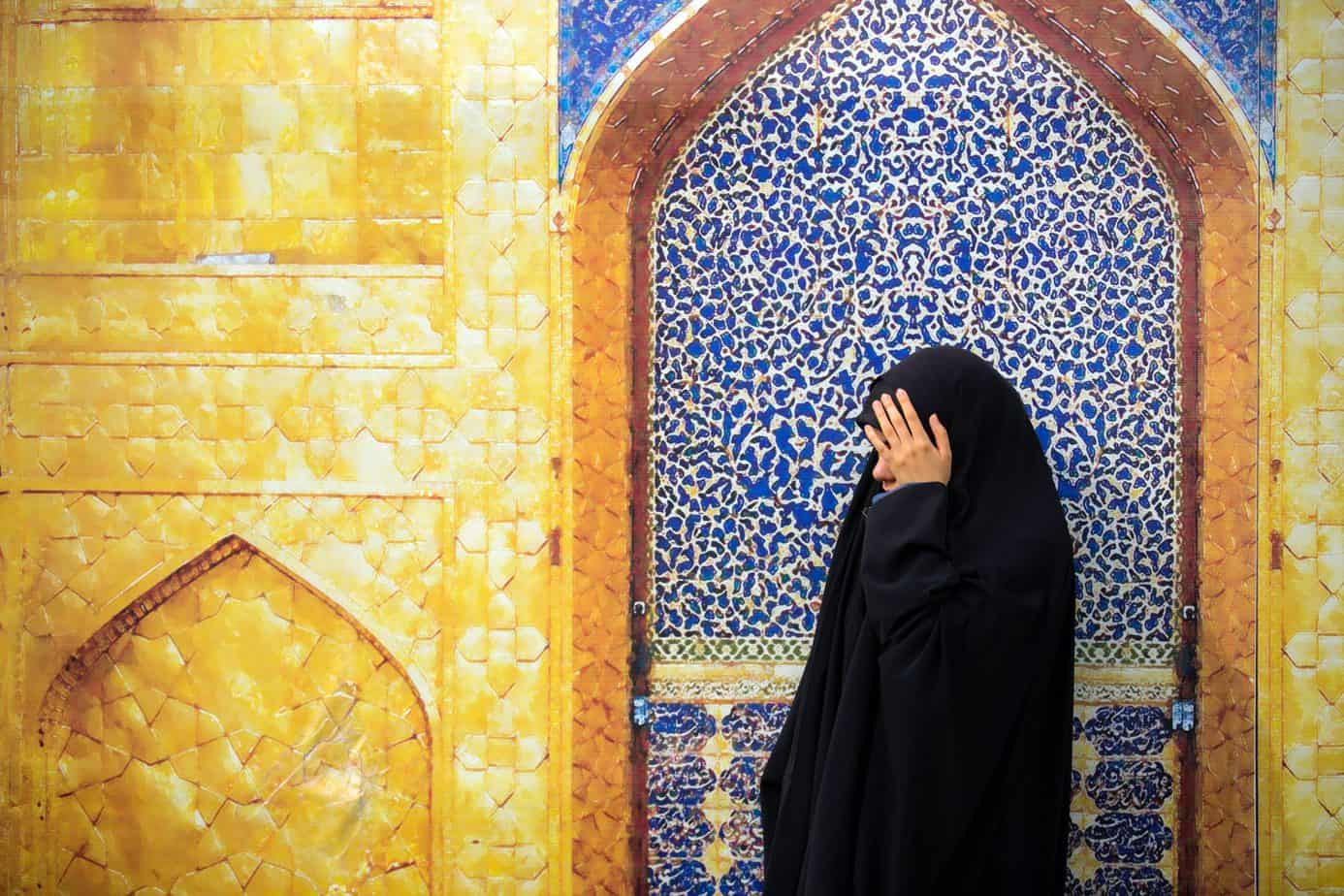 Virginity in Islam – All you Need to Know as a Muslim

Virginity in Islam – All you Need to Know as a Muslim

Islam promotes conceals one’s sins, especially of an adulterer. In regards to virginity in Islam, It encourages us to let the doors of mercy remain open, and instead of being judgemental regarding the sinner, allow them to repent. Islam preaches to hide the vice of an adulterer instead of announcing or spreading it amongst people. As for the adulterer, they should turn over a new leaf, repent and begin a new chapter of their life, which is free of all possible sins.

The Hanafis state that a known virgin woman who indulges in the act of fornication in private (hidden from the court and did not result in any consequential punishment) or who does not make it a part of her habitually repeated routine, is a virgin legally. However, she is not a pure virgin in reality. She is empowered with the same status as that of a virgin and, therefore, married like a real virgin.

They added that the reason behind hiding one’s virginity in Islam is to save her the shame of her deed via verbal consent, especially as the Shari’ah suggests secrecy. The chapter with the same section continues with Nas al-Rayah that states:

Abu Hanifah, may Allah have His mercy on him, preaches that if she discloses the secret via verbal consent, people will end up chastising her. Hence, she abstains; silence takes over so that she does not lose her interests.

Virginity in Quran is mentioned in detail, preaching that two non-mahrams (any Muslim who can marry another Muslim as per Islamic laws), should not indulge in sexual intercourse without a lawful Islamic marriage – Nikkah, which Shariah constitutes as Zina. This act would be indicative of overcrossing all boundaries commanded by Allah, and he considers it as one of the gravest sins of all.

Do not even go near Zina (fornication or adultery), for it is a very shameful thing and a very evil way!

Regarding virginity in Quran, Islam dictates that any person for losing their virginity would be alleviated from the burden of their sins if they seek repentance. The Mighty Lord is the most forgiving, and he has made it compulsory for himself to eradicate their names from the Book of records if the repentance is pure.

“(O Prophet) say: O My servants who have wronged their souls. Do not despair of Allah’s Mercy! Surely, Allah forgives all sins. He indeed is the All-Forgiving, All-Merciful. Return to your Lord and submit to Him before his curse overtakes you; for then, you may get no help from anywhere.”

Is Hymenoplasty Allowed in Islam?

Many wonder about hymenoplasty in Islam, for which you need to understand a few Islamic teachings.

Islam encourages to hide all possible corrupted deficiencies of an individual. It is essential to maintain one’s boundaries; else, we can be influenced by “influential deficiency.” However, the term applies different ideologies to each mindset where one might end up praising someone else’s flaws.

Women are obligated to reveal their wounds or vent out about her scars; however, many societies do not appreciate this school of thought. Hence, for the constitution of marriage, the term influential deficiency is indicative of one’s interests concealing any factors that can jeopardize the structure of marriage. So in such a scenario, is hymenoplasty allowed in Islam?

Is hymenoplasty in Islam is or forbidden or allowed? Let’s look at an example of hair extensions – an object used by women to hide their loss of hair. In a context, women tend to deceive their spouses by pretending to have something which they don’t in reality, Islamic law prohibits this pretense. To eliminate this deceitful act, the Shafi scholars made the use of hair extensions permissible for women after seeking their husband’s permission to eliminate any possible acts of secrecy or deceit that Islam categorizes as a concealed deficiency. This ruling depicts that if the hidden flaw is for one’s self-interest and not in your spouse’s intended interest, shariah will not consider it as cheating. By evaluating these facts, an inquiry embarks on our mins, is hymenoplasty allowed in Islam or not.

Islam considers virginity one of the purest qualities, as mentioned by the jurists in their books. It is an attribute intended for one’s self and is irrespective of any influential deficiency. Moreover, it doesn’t undermine the constitution of marriage or jeopardizes it in any form.

Islamic law inhibits any demands required by men who are interested in investigating their about to be wife’s past sins. These sins are between God and the individual themself and are to be kept private.

Forgiveness for Fornication in Islam

As for inquiries that reflect upon virginity in Islam, scholars believe that, even if an individual has participated in such an act, they are directly accountable to Allah and no one else. And Almighty Allah reserves the right to provide forgiveness if one wants to seek Taubah. However, the Holy Quran mentions that Allah promises to forgive sins even if they are of the height of a mountain, except if one has committed Shirk! Allah, the merciful promises to forgive a repenting heart and is generous enough to convert all virtues into vices.

“Allah likes such good people very much, who, if ever they commit a base deed or wrong their soul by the commission of a sin, remember Allah instantly, and ask for forgiveness from Him for their shortcomings. For who, but Allah, can forgive sins? (And Allah loves those) who do not knowingly persist in the wrongs they did. Allah will reward them with forgiveness, and with Gardens beneath which canals flow, and they will reside therein forever! How excellent is the reward of those who do good deeds!”

“When those come to you who believe in Our Signs, say: Peace be on you! Your Lord had inscribed for Himself (the rule of) mercy. Verily if any of you did evil in ignorance, and after that repented and amended (his conduct), Lo! He is Oft-Forgiving, Most Merciful.”

It’s not just about the sin of losing one’s virginity in Islam; He is forgiving and generous enough to free the believer from all his sins if he seeks repentance with a pure heart and never to repeat them.

However, a few conditions apply while seeking Taubah or forgiveness from the Almighty. Those are:

Even if you have committed the gravest sins of all, make sure that you return to Allah for forgiveness.

Don’t lose hope, as He has promised forgiveness in the Holy Quran. Indeed He is forgiving and the most merciful of all. His mercy expands to all those believers who have the baggage of sins tagging along with them but with a pure intention seek repentance and return to him sincerely.

Should I Tell My Husband About My Past

If you have any concerns regarding virginity in Islam, you need to read this advice listed below and inshAllah, it will not only guide you to the right path but will also relieve off the stress on you burdened shoulders.

The love that you have for your spouse is self-evident, while the love of Allah is also apparent. You need to remember that neither are they equal nor are the same. You should not focus your goal in life on how to make your spouse happy under any given circumstances. I can sense the struggling battle within your mind is to keep Allah happy while not disobeying or offending your husband, either. You must have chosen Allah over your husband hence not shared any intimate details about yourself – and this is the optimum choice in your favor. You need to ensure Allah’s will and commands rather than choosing them over your husband’s. If Allah has allowed us to keep topics like virginity in Islam are hidden or kept private from discussions, then we should abide by His rule and keep them in utter secrecy.

Your spouse has no right to threaten you for your mistakes in the past – it is not obligatory for a woman to talk about her virginity in Islam, even if that means displeasing him. Your history is not his concern, but instead, he should be concerned with your now and future. Giving away details of your past will only instill insecurities in your husband and make matters worse.

If you feel that Allah has forgiven you for your past sins and repentance, then don’t share any further details with your husband. Stick to your gut feeling and remember that’s it between you and Allah and not him alone. Regardless, if he’s still unable to let go of these thoughts, then he requires professional counseling. Our religion promotes no such tolerance towards such concerns.

At times it seems wise to withhold any information which might compromise your marriage and your relationship with your spouse. It’s better to hide, instead of expressing it while he’ll feel of being deceived by you. Compare it with two different kinds of truths to understand: a significant difference occurs between heartfelt honesty and literal truth.

The literal truth is bound to cause agony instead of harmony, mainly if the spouses discuss minute specifics of such matters. While withholding that information will honor wisdom and honesty. Islam is a practice of morality and virtues which promotes kindness and warmth towards all beings.

When the day of judgment arises, all our beings would be more focused on our records of deeds that we would barely pay any heap to what others are doing. Even then, your secrets remain safe with Allah – he won’t let the cat out of the bag but instead hide them in private while holding the individual themselves as an accountable being. These details shall seem irrelevant in that time as we all would be concerned about our own selves – drowning in our own sinful acts and deeds, waiting for a final call.

You should opt for a revirgination therapy if you are suspecting that your husband might be skeptical about it. As truth might not be beneficial in your case, you can opt for three options for revirgination:

The first two options might require surgical procedures while the hymen restoration kits is free from such actions and is more convenient. Our different kits an artificial and manual hymen along with blood effect to use when the time is right.

If you intend to live a faithful life, we would advise you to opt for this solution, which will not only aid in rebuilding your life but would act as an attempt to conceal your past.